Proper use of electronic charts

Boaters are a passionate bunch, whether they are sailors, cruisers or anglers. Along with the ultimate enjoyment of the seas and lakes, comes a responsibility to the safety of passengers and fellow boaters. Murphy proved long ago that accidents can and will inevitably happen, and while unfortunate, often provide an opportunity for the boating community to take an introspective look at the tools we rely on while navigating. No single tool replaces the necessary use of sound judgement and proper seamanship. Most boaters employ the good practice of consulting multiple chart sources and regularly updating cartography, while each has its benefits and limitations. Proper understanding of an electronic chart is just as important as vessel maintenance and operation. In fact, reliance on electronic charts should never be done blindly, since all charts have errors (official hydrographic office, government, private, or other).

We in the cartography industry strive for perfection, employing multiple sources, modern survey methods and, most recently, crowd-sourced user feedback. But we know that, due to constant natural and manmade changes in the environment, the limitations of our technology and human error, no one will ever produce a perfect chart. Oftentimes, charts of reefs and remote islands are created from very old and inaccurate surveys.  With over a billion features in our cartography database, even an accuracy rate of 99.999% would still leave room for some 10,000 potential inaccuracies. No chart, regardless of the source, can avoid this simple mathematical rule. In fact, the International Hydrographic Organization stated that less than 10% of the seas are charted as well as Mars and the Moon, and even that 10% contains lots of errors. The Norwegian Hydrographic Office, in an official statement, estimates that as many as 35,000 rocks in Norway are uncharted.

The GPS available on boats is equivalent to the GPS on cars and light aircraft: meant to be used for visual orientation while driving, possibly with the aid of other instruments like sonar and radar, and cross checking every possible source of information. The nautical chart, whether paper or electronic, is not designed and built for instrumental navigation, but for orientating visual navigation. The warnings that go with all charts are not there to protect the chart makers, but rather to protect the chart users from making mistakes in over-reliance on any one tool of navigation.

The principles of prudent navigation imply that skippers understand that electronic charts are an aid to navigation to be used in addition to official charts and multiple sources of information, including sailing directions, cruising guides, radar, sonar and most importantly, common sense and good eyesight. Even with the best chart in the world, one should never get close to coral reefs or any obstruction at high speed or in low visibility, but rather when the sun is highest, at very slow speed, and with a person on watch on the bow of the boat. This is the only way to ensure that breaking waves can be spotted from a distance, and that possible uncharted coral heads and rocks be avoided. Skippers must also be aware that by international convention, in nautical charts the blue tint means shallow, not deep water, and the darker the blue, the shallower the water. This is because, in conventional navigation, one plots routes with a pencil on white paper, avoiding the tinted areas.

Not all cartography producers are bound to these presentation standards and can learn from firsthand accounts how mariners are interpreting electronic charts. Even though the recognized standard is dark blue for shallow waters, electronic charts allow the freedom to explore new ways to highlight hazards for the benefit of the boating community who may not have been taught the ways of old or may no longer be navigating with paper and pencil. As an example, reef areas can be highlighted to attract attention regardless of knowledge or experience level. This is a deviation from IHM standard coloring that Navionics first introduced in the Bahamas, a geography well known for its shallow water, coral reefs, and shifting sands and will now release worldwide. 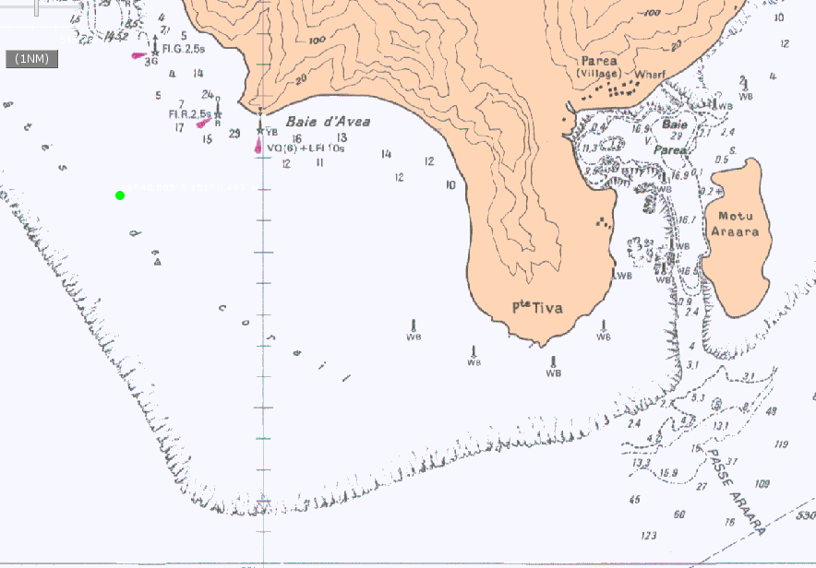 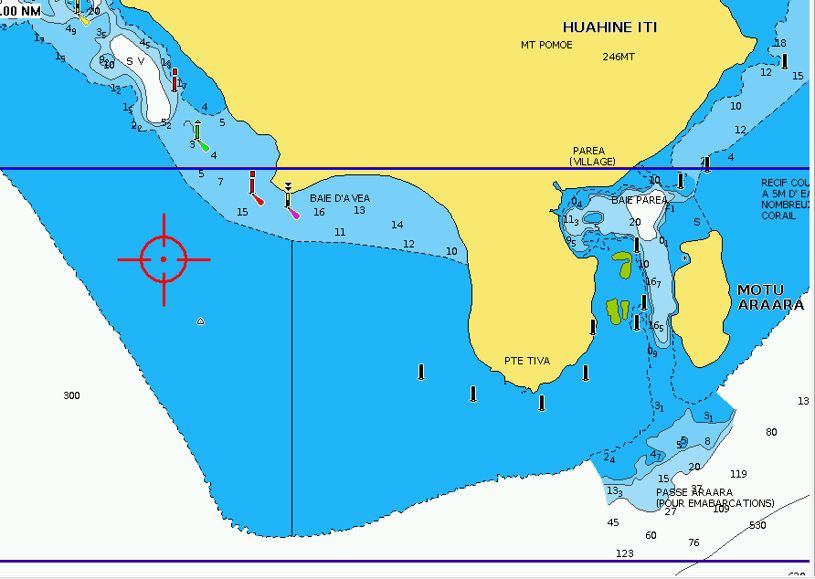 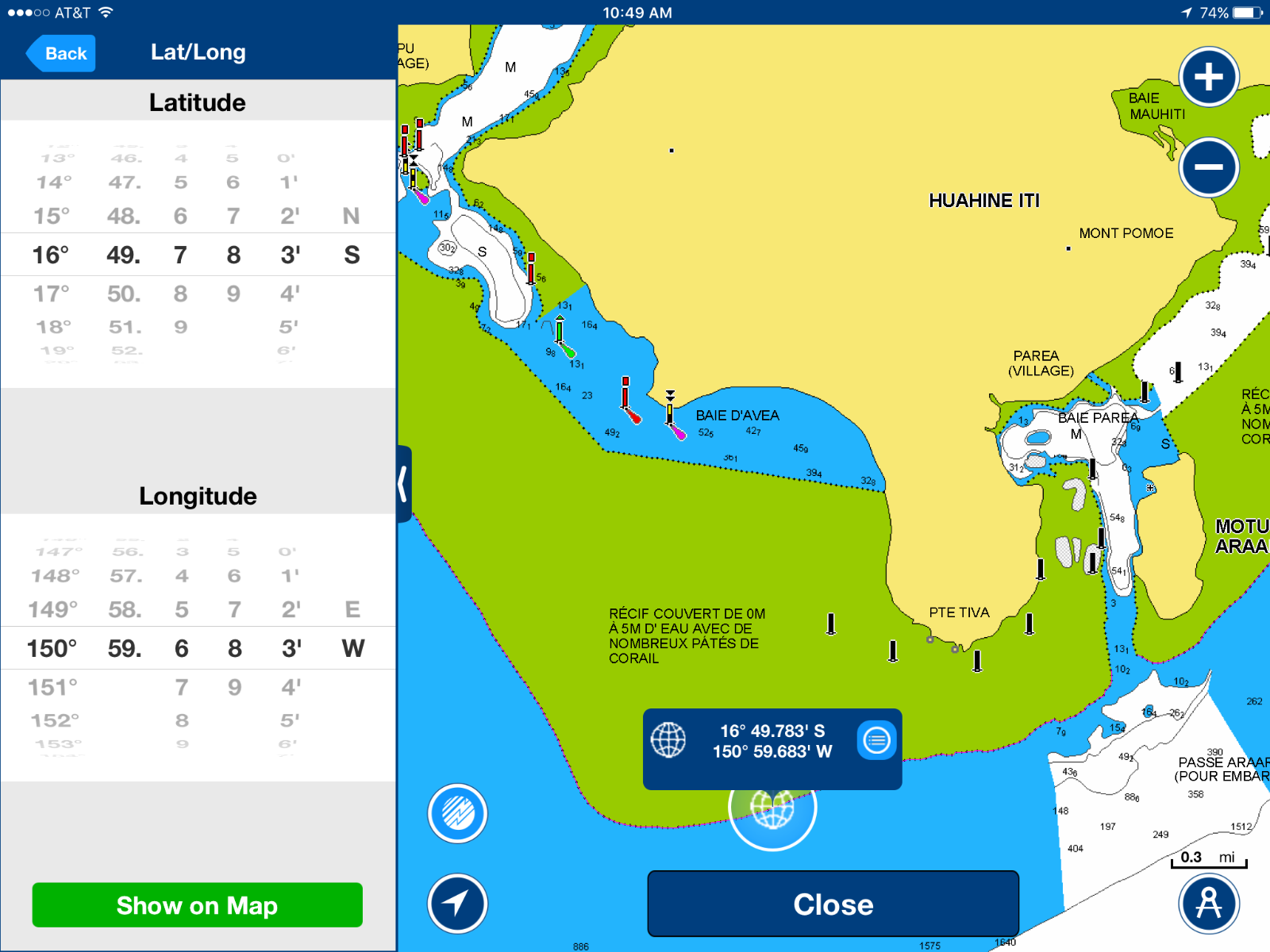 Find here a collection of helpful information and interesting articles regarding the dangers of improper use of electronic charts. We share these with you in order to help us all improve safety at sea, since few boaters have not yet had some grounding experience.