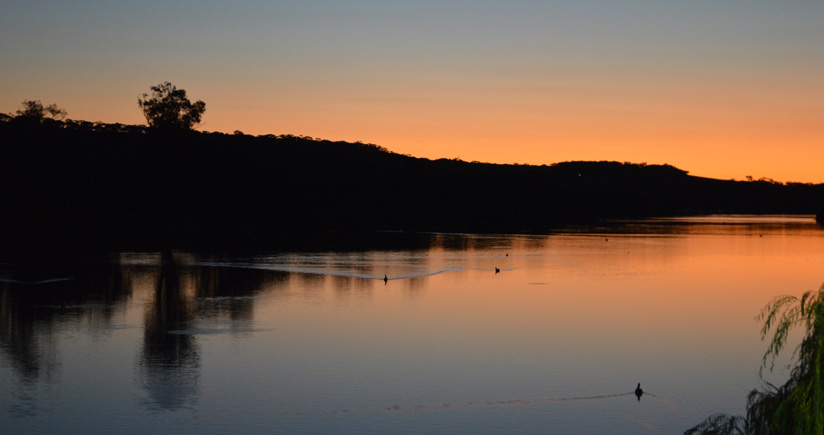 More Than 200 Km of the River Murray Now Mapped

Driven by a passionate commitment to support our customers’ enjoyment on the water, Navionics® continues enriching its chart coverage to include popular boating and fishing areas around the world.

In recent years, Navionics has given more and more attention to freshwater bodies around the globe, and Australia has received some additional coverage to include areas such as Lake Alexandrina, Lake Albert in South Australia, Gippsland Lakes and Lake Eildon in Victoria, Lake Somerset in Queensland, as well as coverage for nearly all the major inland dams in New South Wales.

Now, South Australians will also be able to appreciate the addition of more than 200 km of the River Murray, the longest waterway in Australia — well known for marking the border between the states of New South Wales and Victoria.

The mapped stretch goes from Wellington, just off the mouth of the river, upstream to Blanchetown, home to lock No. 1 built in 1922. The river has a series of locks that is fundamental in controlling the flow since these waters are used for the irrigation of many adjacent farming areas.

Rich with history, the river was a main trading route and utilized paddle-wheelers and barges for the transportation of timber and farm produce. Before rail, road and flight took over, it was the lifeblood for towns along the river.

The River Murray is a destination for water skiing and wakeboarding; fishing is also very popular since it is the home of the so called “Murray cod,” the largest exclusively freshwater fish in Australia. Along its banks there are many houseboats, and it is also common for people to hire boats and have self-catering cruises. Operated cruises are also available.

See the Improvements Now
Browse your areas of interest on our Chart Viewer, check out some examples below, and judge for yourself. 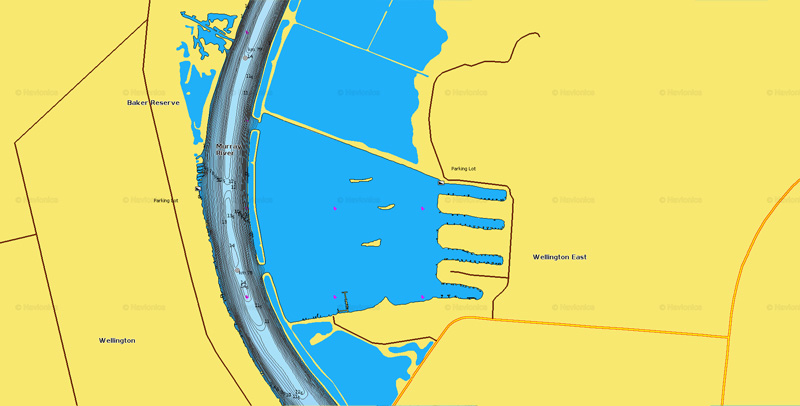 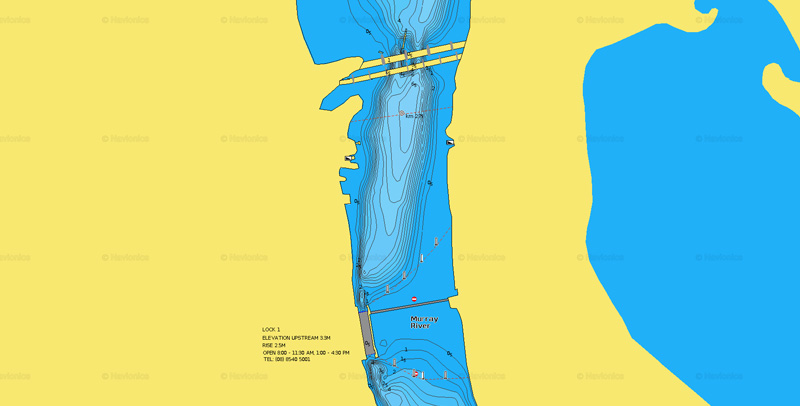 Learn more about chart updates and discover our latest changes!

GET UPDATED CHARTS!
With an active subscription
- Have a plotter card? Plug your card into a PC and download. Or, if you also have our Boating app, do it wirelessly with Plotter Sync. Download
- Have the Boating app? Open the app and tap Menu > Update All.

With an expired subscription
- Have a plotter card? Choose one of the available options to easily renew. Renew
- Have the Boating app? Open the app, tap Menu > Charts & Upgrades.

IF YOU DON’T HAVE NAVIONICS YET
- Have a plotter? Navionics + Regions Victoria & Tasmania, Navionics+ Australia & New Zealand.